After the critically acclaimed “Working Class Demon” from 2010, Yurei returns with a work venturing even further into the weird. Building on the same expression as his first album, “Night Vision” takes it all so much further and travels into a landscape of his own; gone are the distorted guitars (removing the already faint previous traces of Metal) and in comes a parade of Dali-like creatures of the night: twisted, progressive, Lynchian tracks with hectic Balkan-inspired outbursts going off inside the dissonant but still melancholic and driven rock.

This is night music interpreted by of one of Norway’s most gifted composers; all music is written, performed and recorded by Bjeima, a multi-talented musician working with several groups, all of them in different ways stemming from or building upon Norwegian avant-Rock or post-Black Metal Metal mindset and instrumentation, from playing bass in Virus to being the sole creator and performer in Alfa Obscura and The Ghost Conspiracy as well as Yurei and also being the drummer and a key contributor in -M-, Swarms and Delirium Bound.

Some of us (e.g. humans) manage to inject the stranger aspects of human psyche into music. Bjeima succeeds better than most, putting out album after album under different banners, like souvenirs from very personal dives into the deepest regions filled with strangeness or horrors, or both. Now his nighttime recordings are being shared with the audience so we can have some dreamtime of our own, and marvel at this unique talent.

“Night Vision” is where Yurei becomes a force to be reckoned with and proves both YUREI’s and ADVERSUM ’s place in the music climate of today. 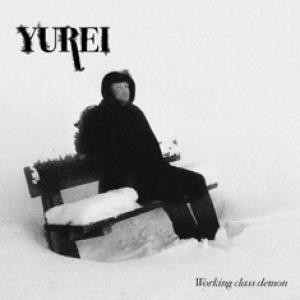