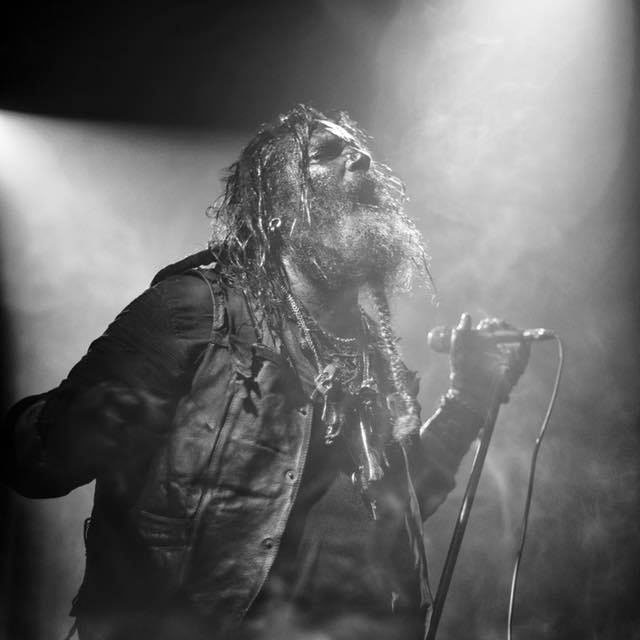 We hang ourself from trees and crosses. We bleed and suffer. All in roaring silence. Eternity is but an instant. The spectre of T × R × P is channelled through ᚦᛟᚦ ᚷᛁᚷ, ᚾᛟᚺ ⩝⚭⩝, and ᛏᛇᚱᚫ ᚾ ∴ ᚾ ∴ ᚾ

"Trepaneringsritualen is the solo project of Swedish noise artist Thomas Ekelund, known previously for his work with Dead Letters Spell Out Dead Words, Nullvoid, and Th. Tot. He’s kept awfully busy in the years following the project’s 2008 inception, releasing or appearing on a total of 17 albums, EPs, and compilations (most notably on split releases with Deathstench and Sutekh Hexen). His latest work, Perfection & Permanence, was recently released by UK institution Cold Spring, and marks his most strangely listenable output yet.

Trepaneringsritualen christens itself “Götisk Dödsindustri”, or "death industrial", and the project delivers on thats promise by saturating Ekelund’s scrapings with gloomy, gothic atmospheres and a heavy ritual ambient influence. The songs are molded upon burly loops that shudder and sway beneath Ekelund’s perpetually mutating vocals. Laden with distortion and effects, hints of melody pulse ominously beneath the heavy synth lines and bludgeoning rhythmic core. It’s disturbing and appealing in equal measure, and its droning characteristics lend an almost psychedelic quality to some of the longer, more convoluted passages that litter tracks like the murky “Liken Ingen Jord Vill Svälja”."

"Injecting catchiness into styles as unfriendly as death industrial or ritual industrial might seem about as logical as trying to teach anteaters how to read, but that’s exactly what Swedish experimental artist Thomas Martin Ekelund has done with his newest release under the alias Trepaneringsritualen (TxRxP for short. You’re welcome.). Though thematically and aesthetically up to the standard this death industrial heavyweight set for mechanical dementia, Kainskult remains as infectious as it is caustic.

In comparison to the grinding ritualism of 2014’s Perfection & Permanence, this LP’s approach sports pervading accessibility in the midst of its harsh overtones. “Death & Ecstasy” starts Kainskult off familiarly enough with growls cadencing clanking thuds and tribal grunts, but incomes quasi-melodic vocalizations evoking the most disconcerting affectations of Michael Gira and Attila Csihar’s most atmospheric tendencies. This juxtaposition of hair-raising terror and penetrating emotion derails expectations while enhancing the impact of Kainskult tenfold, which only becomes more apparent when “Death & Ecstasy” collapses into “Maðr Malformed.”"

"It is hard to imagine that the cult of T × R × P (Trepaneringsritualen) didn't exist seven years ago. Looking at the huge portfolio of albums, collaborations and compilation appearances, I begin to realize that it took only six years for Mr. Ekelund to turn his project into one of the leading names on the scene of death industrial. We already discussed this remarkable artist on the pages of Brutal Resonance few months ago, just during the release of the epic 2CD compilation via German Silken Tofu and US based resident Malignant Records. Establishing his own sound and vision, Thomas never hesitates to share it with the hordes of his faithful followers. That's why when I saw the new album being announced on Cold Spring, my balls squeezed in one perfect spasm of anticipation. Thanks old and new gods that I am not greedy and understand the real value of true art (which is actually only few dollars away), that's why today I have an excellent opportunity to express my feeling to my readers again. Maybe you will find my words attractive enough and join the march for the domination in the world lying in ruins." 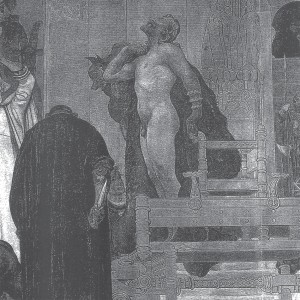