Sangre de Muerdago stands on the wild side, on top of the cliffs, at the depths of the woods.... Galician Folk songs to heal and roam, to dance and love.

"‘Sangre de Muerdago stands on the wild side, on top of the cliffs, at the depths of the woods…., Galician Folk songs to heal and roam, to dance and love.’ These are the opening lines of their bio on Bandcamp, and I could not have said it better myself. I first heard of this Galician band (situated in Germany) through the site Hierba Loba of Vael‘s singer and multi-instrumentalist Dani Iturriaga who has been a fan of the band for years. He introduced the previous Sangre de Muerdago album Noite with the following words: ‘Comprado en uno de los conciertos más mágicos a los que he asistido.‘ (Bought at one of the most magical concerts I have ever attended.) That was enough for us to look up this lovely band and we were not disappointed. Noite is a lovely album that we already play in our stream and we were anxiously awaiting the follow-up album Xuntas. In November of last year Pablo “Pabs” C. Ursusson (classical guitar, hurdy-gurdy, music box, steel-string guitar, bells, lead vocals), Erik “Erich” Heimansberg (flute, pandero de Peñaparda, bass clarinet, vocals), Hanna Werth (viola, vocals), Georg “Xurxo” Börner (nyckelharpa, vocals) and Asia Kindred Moore (Celtic harp) released Xuntas and it has been patiently turning its rounds in my CD player ever since."

"Hurdy gurdy, nickelharpa, viola and celtic harp: restrung and ready to go. The woodwinds are primed, carefully arranged in a line of elegant black cases, filled to the brim with a seemingly infinite supply of wild cane reeds. An age’s old classical guitar with strings hanging out of the headstock like gnarled branches, worn but animated leans against the wall. Ornate sheets of paper are scattered across the floor, awaiting their turn in the music box perched next to them. An ensemble of kind voices converges, conjuring ice wraiths and frost spirits to dance in the stale winter air. Songs of old resound in the lonely corridor, overflowing with excitement to reach the ears of the wildest reaches of Europe. All of a sudden, a death knell tolls, followed by another one and then another. News spreads like wildfire of a plague ravaging towns and cities far and wide. No, this scourge I speak of is not the Black Death or the Great Plague of Marseille, but the COVID19 Outbreak of 2020. Though tiktok challenges and netflix specials have largely taken precedence over art in recent memory, the old bardic songs still echo. Sangre de Muerdago are the modern day minstrels who sing these songs, taking the ancestral and ancient and injecting them in the most poetic way with new life and an intense beauty informed by the collective woe and joy of the 21st century.. Though their spring tour of Europe was unfortunately cancelled, Sangre de Muerdago were brave enough to unleash their new opus upon the world during this terribly difficult time when perhaps we need them the most." 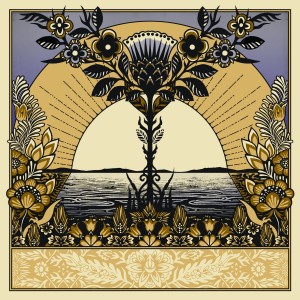 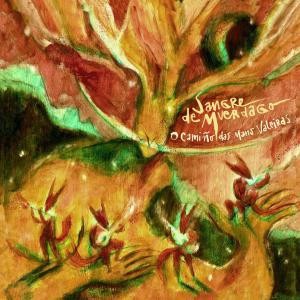