A robot designed to protect but gone haywire in a mass slaughter of helpless humans.

"Protector 101 is a powerful creative outlet developed by Jake Freeman to explore his musical capabilities.  He has been pushing and bending the genre definitions with a catalogue dating back to 2011 or so. The vast Protector 101 musical library is difficult to categorize as a lump sum. The styles drift around like a Venn Diagram on meth scratching at various exploratory borders only to move again push out and realign in familiar territory. Protector 101 can take us into cinematic and concept realms which we hear in the Paperboy 3, Black Friday 2, Kingdom City Drowning, Killer Campout, To Live And Die In L.S. Vol. 1, Solitary Star, Dream and Collar soundtracks. Each release showcases Jake Freeman's musical prowess. This diverse approach doesn't stop with scoring films; it reaches out into other directions that take a hybrid approach mixing film scores with retro synthetic vibes. Wastelands is nice example of this. It is a concept album where certain tracks highlight a particular post-apocalyptic gang circa 2099. Each cassette revealed which gang the buyer was in. I remember opening the package to discover my new gang affiliation with great excitement. The music and marketing was top notch. I found myself constantly coming back to this release as it became my favorite piece backed by "The Nuclear Brawlers", "The Vipers" and "Back Alleys". Beyond the musical scores there is plenty of hard hitting dark-synth to digest with the Protector 101 EP, LA Cop Duo and The Prime Directives. "Fighting Spirit" is classic tune of the times complete with that unforgettable synth groove that sucked us all in so many years ago."

"California Darksynth heavyweight Protector 101 returns with their newest album, "Killbots", and I know I'm late to the game on this one. "Killbots" released in July, and I had not heard anything from Protector 101 before this, and I had heard through various people that this album was great and I should give it a shot. I put it on my list of things to check out (That list is like so long you have no idea), and let that be it. However, things changed once Echosynthetic Fest came around, and subsequently his Deconstructure Tour with Street Cleaner, where I was able to witness tracks from "Killbots" live, and well, that bumped the album up to "Check this out ASAP" territory. Now that I've feasted my ears on it, I can say without a shadow of a doubt that I am fully upset I have missed out on this album for so long, cause this thing is HUGE. Industrial as hell, absolutely vicious, and worth every second of listening. Everything here is so intense, in the absolute best way, It can be savage and tear through you with industrial sound like on "Figures" and "Mechanical Morphosis", but can also be more dance-like on tracks like "Artificial Consent" and "Cyber Love (Feat. Kriistal Ann)". That last track specifically has this almost dystopian goth vibe, something about the vocal delivery from Kriistal Ann and the instrumentation is something very '90s goth about it and I live it for that. "Killbots" is an album that is one that does not quit, it sucks you into this cybernetic world and lets you get lost amongst it's wires, having you try to flee from the robotic overlords, while you know you can't get away. It's heavy as fuck and should not be missed for even another second, don't be like me, check this out ASAP." 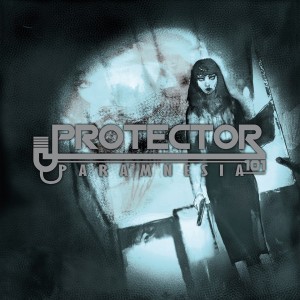