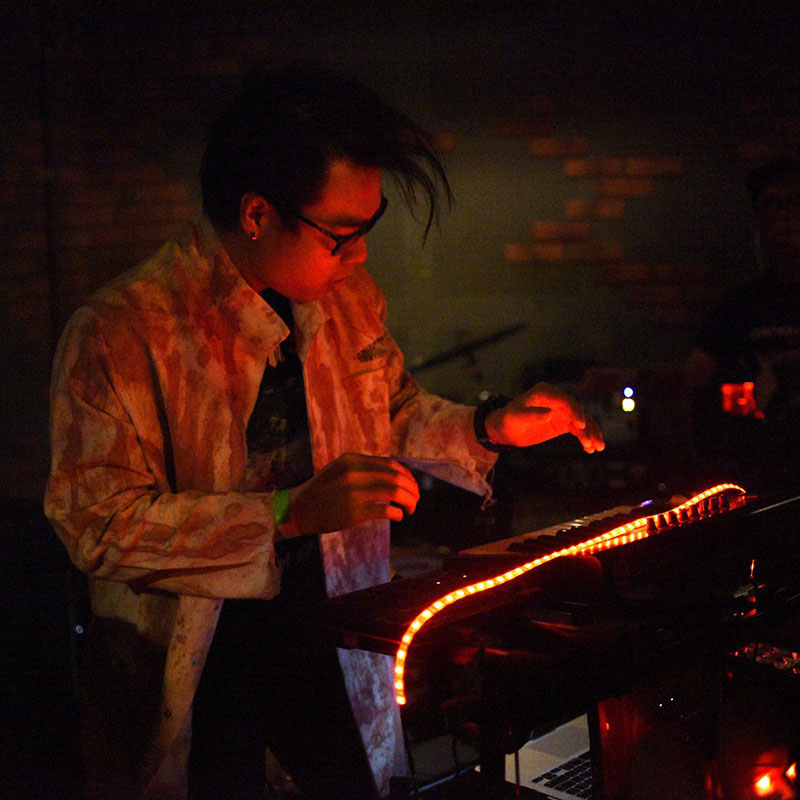 Electronic music spawned from the Lab of Madness.

"For all of you sickos out there, whose senses ache in craving for the next fix of ultraviolence, here’s a little something that will keep your buzz going. Singaporean producer Microchip Terror is back with the follow up to the industrial Darksynth mayhem that was 2018’s Illegal Experiments. Mastered by Dynatron, Illegal Experiments 2 is a radical take on the darksynth music that will undoubtedly repulse and offend bandcampers looking for a bit of cozy, soothing retro nostalgia.

Vile, twisted and incredibly abrasive, Microchip Terror has served yet another polarizing classic that switches up comfort with unapologetic subversion. Fans of pure Japanese cyberpunk mayhem (think Shinya Tsukamoto and Shozin Fukui), your prayers have been answered. "

"If there were one word to describe the look of Microchip Terror (although I will proceed to use much more) it would be “unique” as while most darksynth or darkwave artists fight over upside down crosses and other satanic imagery, Microchip Terror gets their hands dirty with body mutilating electronics like a mad scientist mix-up between H.P. Lovecraft’s Dr. Herbert West: Reanimator and Shinya Tsukamoto’s Tetsuo: The Iron Man.

While not a category at this past year’s Echosynthetic Synthy Awards, although maybe it should be considering how much work some people put into such things, I would most certainly proclaim that Microchip Terror is a winner in my book for the “Best Marketing” award due to their use of physical props that they make themselves down in their lab; creepy, disembodied mannequin heads, double-barreled syringes, and blood inducing torture goggles that are all interconnected by a series of seemingly never-ending eldritch wires."

"With a name like Microchip Terror I felt very confident that this was going to be a decent release. Well my friends, this is more than a decent release; it's an absolute display of raw power and harnessed energy wrapped up in a metal-synthwave-EBM outer crust that hits hard from beginning to end.

Microchip Terror's labs are located in an undisclosed location somewhere in Singapore.  The insane doctor that is Microchip Terror is hellbent on building a robot army to take control of the human race. We've seen the pictures of him building robots out of used and discarded computers. Could this be the catalyst to push the robot agenda forward and become the beginning of the robot apocalypse?" 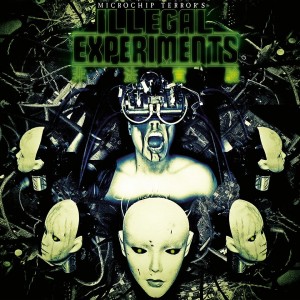