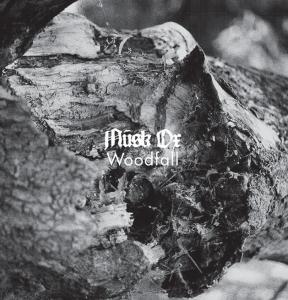 CHOOSE AN OPTION
Neuropa Records is proud to announce the release of Musk Ox's long-awaited vinyl release of their critically acclaimed second full-length album. Since its initial release in 2014, "Woodfall" has received unanimous praise from fans and critics, appearing on numerous year-end lists and receiving glowing _reviews from metal, indie and dark folk circles.

Consisting of a 5 part, 65 minute composition for classical guitar, cello and violin, "Woodfall" takes listeners on an expansive journey through acoustic realms ranging from sombre and reflective to intricate and technical. Featuring classical guitarist Nathanael Larochette (known for his acoustic interludes on Agalloch's 'The Serpent & The Sphere'), the album also features the stunning cello playing and string arrangements of Raphael Weinroth-Browne (member of progressive chamber duo The Visit), and the soaring violin playing of Evan Runge (member of cinematic progressive instrumentalists The Night Watch, alongside Larochette).

Building upon the acoustic atmospheres founded by such iconic artists as Ulver, Empyrium and Tenhi, "Woodfall" is a worthy addition to the dark folk tradition celebrated and cherished by listeners around the world.

“Now an instrumental trio that includes violin and cello, Musk Ox expertly combines the subtlety of Arvo Pärt with the tension and drive of Clint Mansell. “Woodfall” is a grand and panoramic sophomore effort that offers the warmth and maturity only hinted at on the debut.” - Don Anderson (Agalloch, Sculptured)

“Musk Ox's most ambitious offering to date; rich in harmony, expression, and most notably, the nuanced finesse of Nathanael Larochette’s classical guitar stylings. Much like the nature that I imagine has inspired it, “Woodfall” evokes a sense of calm, stillness, and simplicity, while at once flowing forward and in constant motion”. - Kevin Hufnagel (Dysrythmia, Gorguts, Vaura) 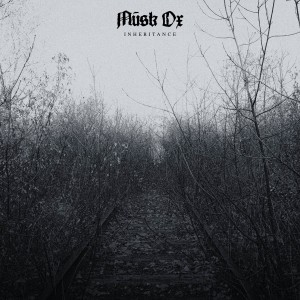