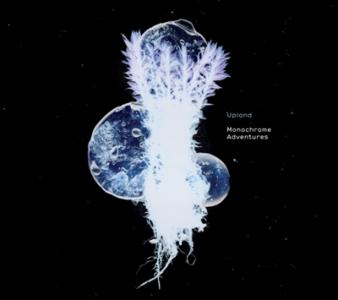 Availability:
In-stock
ADD TO CART
€13.00
UPLAND a.k.a. Knut Andreas Ruud, "the guy who likes to fuck around with beats and sounds and manipulate them and see what the hell happens," is back after five years in the lab.

MONOCHROME ADVENTURES is the completion of a trilogy started with 2002's self-titled debut, where according to Almost Cool "sputtering, chopped-up beats and oddly shimmering electronic tones come together in what seems like almost random patterns, until you realize that it's all part of the plan. It's beauty in the chaos, and while it sounds like a beehive full of mechanical bees, there's a method to the madness."

UPLAND upped the complexity on the follow-up, 2004's OBLITERATED. The Wire wrote that it had "a watchmaker's attention to detail, capturing, taming and framing an infinity of digital fragments, pinning each into its allotted space on the sequencer's remorseless timeline.

Perhaps it's because Ruud is so focused on the minutiae of his music that the bigger picture creeps up unnoticed shadowy, inchoate emotions that loom, ghostlike, between and beyond the meticulous precision of the beats."

Knut himself says of MONOCHROME ADVENTURES: "When printing in monochrome, shaded artwork is converted into a black and white rendering through the process of half toning. This technique involves arranging tiny dots of black with extreme precision, so as to fool the eye into thinking that it is seeing distinct tones of gray rather than a purely black and white representation. This process resembles the sound design concept of this album, where hundreds of tiny fragments of sound have been pieced together to form textures, bass lines, and drum hits. The ticks heard prominently on the debut album are still very much alive, but this time they are much harder to detect." Shadowy and ghostlike indeed.

And without further ado: are you clear for the third and final cut of UPLAND? An even sharper incision.