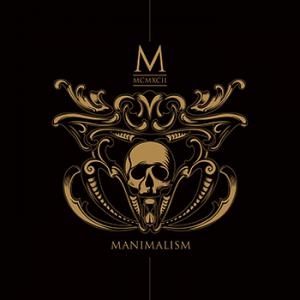 A ghost has risen from Norway’s post-Black Metal scene.

Its name is MANIMALISM. After releasing two demos in the midnineties as TAARENES VAAR, MANIMALISM went quiet; or so it seemed on the outside. Manimalism never went away. Now, over 20 years after they formed, they are ready to launch their very first album! Composed between 1992 and 1999, this album—apparently cursed from birth—has since been hovering in a near-completed form burdened by a constant barrage of breakdowns, line-up changes, and recording difficulties. Now the wait is over! Slithering from silence is the crew of Kim Sølve, Bjeima, Petter ’Plenum’ Berntsen, Member 01, and Joachim Svebo.

«If this album was released during the period of its initial conception, today we would most likely include it among classic avant-garde metal albums such as Written in Waters and Min tid skal komme.» Avantgarde-Metal.com

Presented as a heavy 180gr vinyl in a beautiful gloss varnished sleeve with printed insert.

01. Demons In Tuxedos
02. Carnal Catering Service
03. The Gentleman Is In The Details
04. Romance
05. The Dandified And The Devilish
06. The Crooner
07. The Cocktail Party To End Them All