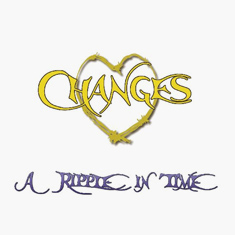 Changes - A Ripple In Time

Availability:
In-stock
ADD TO CART
€15.00
"When the concept for this album was in its seminal stages, we came to the realization that there were several songs from Changes' earlier years which had yet to be released in any form. Some had been recorded on early "demo" tapes while others had not. Thus, it was decided that instead of using previously recorded tracks, we would return to the studio to create new renditions of these songs. Additionally, the arrangements, bridges, and harmonies were enhanced to better reflect our current style. Also included in this album are three new songs, "Somewhere in the Night", "Eldorado", and "Paradiso". Essentially, the album bridges the years from Changes' inception to its present incarnation. It is with great pleasure that we present to you 'A Ripple in Time'."