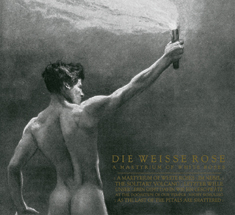 To bolster Die Weisse Rose’s lineup (which really consists only of the band’s mastermind, Thomas Bøjden) over the years the unit has recruited collaborators to its ranks that makes DWR smack of an Industrial supergroup. From Marco Deplano (Foresta di Ferro), Gerhard (Allerseelen), Kim Larsen (Of the Wand and the Moon) to name but a few. In return, Thomas Bøjden has returned the favour and played with a who’s who of of the Industrial and Neofolk underground, from well-established outfits like Rome, Blood Axis and Foresta Di Ferro to up-and-coming Austrian neofolk band Klammheim.

Now, Die Weisse Rose are for the first time available on record. If you fear that we have another ”martial” clone band on our hands, prepare to be pleasantly surprised. The music is painstakingly crafted and orchestrated to perfection to include electronic elements, field recordings and real instruments, and its creative merits really stand out in an underground culture where bands of far lesser talents than Die Weisse Rose would release three albums in the time Die Weisse Rose have patiently worked on theirs. 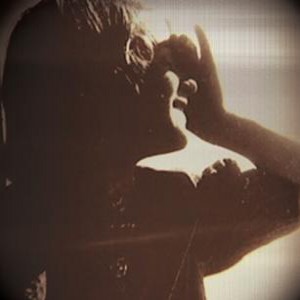