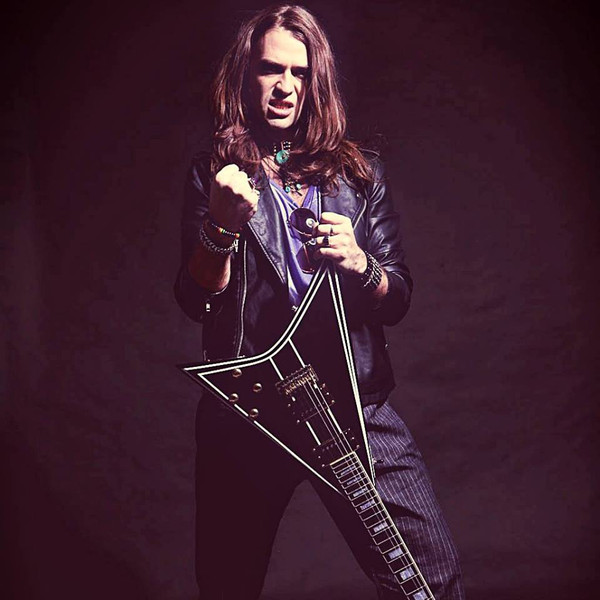 ULTRABOSS is synthwave, 80s and outrun music with an extra slice of electric guitar magic.

"Ultraboss’ first full-length album, Kyrie Electron, remains one of the most unique and immediately identifiable creations within synthwave, and the guitar-wielding maestro maintains his unorthodox songwriting approach on the follow-up, Seven Deadly Synths. Ambitiously, Ultraboss has made every track on the album a collaboration, and the effort frequently pays off by ensuring that each one has its own unique flavor. The result is an appealing grab bag of music that holds something worthwhile for everyone.

The most prominent aspect of Ultraboss’ brand of synthwave music is his electric guitar solos, which pull the music into a different space from his contemporaries. The guitar style isn’t heavy metal, and isn’t exactly hard rock, either. Instead, the tone and approach often feels reminiscent of the progressive electric rock of Steve Vai and Joe Satriani, as well as the more diverse songwriting approach of Ultraboss’ mentor, Jason Becker, and his guitar licks soar over the synthetic rhythms like a neon-hued eagle gliding across a world of computer chips and motherboards."

"If you aren’t excited by the term “shredwave” — which synthwave newcomer Ultraboss uses to describe his own sound — then kindly turn around and get right the fuck outta here.

In terms of synthwave (and synthwave-ish) acts we’ve covered here on Synthwave Sunday over the past two years, Ultraboss bears the most similarity to softshred pioneer and perennial MetalSucks mancrush Myrone. The lead guitars are often the melodic drivers on Ultraboss’s debut Kyrie Electron, but not always; you’re just as likely to hear a pulsating, analogue synth-driven dance banger as you are a Steve Vai / Joe Satriani-esque guitar-led tune, calling to mind Myrone’s earlier material like his smash hit “The Pump Master.”

Kyrie Electron is one of the best guitar-driven synthwave entries I’ve heard in quite a while. The melodies are incredibly strong throughout, Ultraboss has an extrmely keen sense of composition and a deep understanding of what makes a song a song and he’s among the best at sonic layering, making the album an auditory delight." 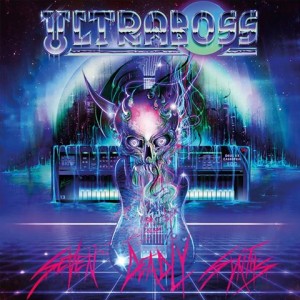