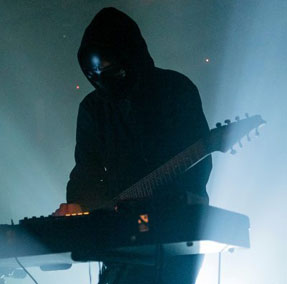 Montreal-based producer Luc Leclerc, under his Gloom Influx pseudonym, creates energetic darksynth, almost like workout music for metalheads. The perfect soundtrack for a TV show where Miami vice is mixed with the awakening of a Lovecraftian monster.

"Gloom Influx’s musical roots are diverse and numerous, and this fact is immediately apparent on the recording. Modern music from dark ambient, melodic death metal, and industrial, as well as older releases from ‘80s pop and traditional metal, are all cited as factors in Gloom Influx’s remarkable identity. The most obvious genres in the mix are synthwave, video game soundtracks, and modern metal, though the combination shines through in a unique and surprisingly effective way.

Perhaps the most interesting aspect of the genre concoction is First LP’s metal element, which has more in common with industrial-metal and electronic-metal fusions of the ‘90s and ‘00s than with traditional forms of the genre. Fittingly, instead of attempting a straightforward integration with electric guitar, Gloom Influx has taken a synth bass, injected it with steroid-like distortion, and applied it to the songwriting as if it were the rhythm guitar in a metal band. The result is every bit as successful as it is eccentric."

"The “First LP” by Gloom Influx is, simply put, pure unadulterated and infectious high energy from start to finish. With an impressive range of synth work, shredding guitars, hard driving chiptunes, and blast processing beats this release is one that you cannot miss and, for my money, is already a contender for one of the best releases this year. Also, how amazing is that artwork by SWZ? Vinyl worthy! *hint*"

"Gloom Influx has been shooting out of Montreal, Quebec since last year when he released his appropriately titled debut album "First LP". Much like his science-fiction vibes, the sky is not the limit for this electronic producer as he carves slices of metal, 8-bit aesthetics, and the nostalgic sounds of synthwave into his repetroire. Cementing his standing ground as one of the finer producers the scene has seen thus far, Gloom Influx is back to rock our worlds once again. Aiming higher than high, Gloom Influx's new album "Voyageur" promises to be his best work to date with refined mechanics and a solid focus on producing more consistent sounds. " 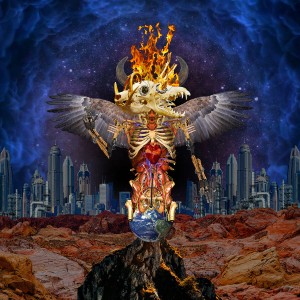 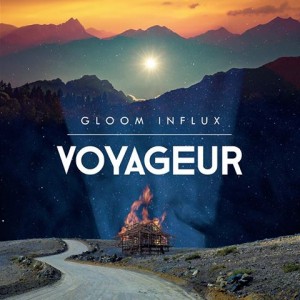 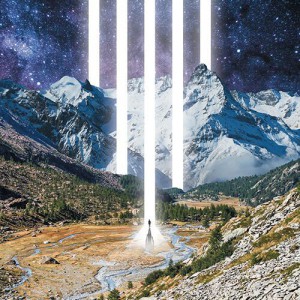